Final steps are underway for building the City of David’s “Kedem” visitor’s center in Jerusalem that will sit on top of the “Givati Parking Lot” excavation just outside of the Old City of Jerusalem’s walls. The visitor’s center will serve as an entryway to the Jerusalem Walls National Park, which includes the City of David and Mount Zion, as well as to the Old City’s Ophel and Hulda Gates.

Several Arab and left-wing activist groups have criticized the project for its location in the predominately Arab eastern Jerusalem neighborhood of Silwan and for interfering with the skyline of the Old City.


Many public officials and archaeologists including — Harvard University professor of design Carl Steinitz, Nobel Laureate Yisrael Aumann and renowned archaeologist Dr. Gabriel Barkay—have spoken out in favor of the project.

The structure will sit approximately 21 feet below the Old City walls so that it will not affect the iconic Jerusalem skyline, according to the City of David.

“The City’s goal is to lay down the infrastructure to accommodate about 10 million visitors a year,” Jerusalem Mayor Nir Barkat said in a statement. 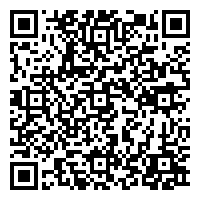