“This was my tenth marathon, but my first time running in Berlin,” said Levine, a nurse atShaare Zedek Medical Center in Jerusalem who made aliyah to Israel from Manhattan. “We crossed the finish line representing Israel with a lot of pride – I mean, to take part in a marathon as Jew in Berlin with the Israeli flag on my back was very exciting.”


“To think back to what the Jewish people experienced under the Nazis, of a day when they were forced to march to their deaths… to flash forward to where we stand today as a country that can provide the best of care for the most vulnerable of our society, is nothing short of miraculous,” said Levine, who is married with four children.

Levine was part of a team of Jewish runners representing Israel’s ALEH organization, a network of residential facilities for children with severe physical and intellectual disabilities. The team included native Israelis, North American and South African immigrants to Israel and a resident of New Jersey, who started and finished at the iconic Brandenburg Gate, the German landmark used by the Nazis as a party symbol during their rise to power.

“We looked at major international marathons and decided to run in Berlin because we felt it would be particularly meaningful to race there as a team from Israel,” captain Jason Gardner told Tazpit Press Service (TPS). Gardner, who is ALEH’s Director of Development in the USA and Canada, commented that some of the team members have relatives who are Holocaust survivors.

This was ALEH’s first international marathon and the team of runners raised over $15,500 towards their the organization. ALEH runs four residential facilities across Israel, providing rehabilitative and therapeutic treatment, special education and specialized services for over 700 vulnerable children and young adults with disabilities.

“This was a great way to raise awareness for Israel’s disabled, as well as an opportunity to fundraise for ALEH,” added Gardner. “We plan to take on the New York City Marathon next year.” 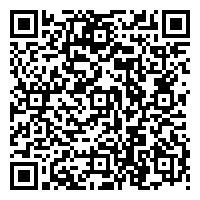