Republican U.S. Senate candidate and Ohio state Treasurer Josh Mandel is returning $105,000 in campaign contributions, because those contributions may have been given in a fraudulent manner. The FBI is investigating possible campaign finance violations.

The Cleveland Jewish News reports that the donations in question came from 21 employees of the Suarez Corporation Industries in North Canton and from their spouses.


On the company website, Benjamin and Nancy Suarez tout their own philanthropic efforts on behalf of women, particularly breast cancer research and women’s shelters, which “give hope to thousands in need and inspire their associates to do the same.”

But their employees’ contributions to Mandel’s campaign raised suspicions, because they were made by individuals who never before had made campaign donations, and whose income didn’t appear high enough to enable them to be this generous.

FBI Special Agent Vicki Anderson confirmed on Wednesday to the Cleveland Jewish News that the Bureau had interviewed the SCI employees in question and have already requested documents from the company and the campaign.

Mandel Campaign spokesman Travis Considine on Thursday said the money was returned on Tuesday to the 21 individuals. Mandel, who was sworn into office as state treasurer in January, 2011, is running against Democratic incumbent Ohio U.S. Sen. Sherrod Brown.

The Cleveland Plain Dealer got hold of a letter from Mandel’s campaign treasurer Kathryn Kessler, saying the campaign is giving back “any contributions that appear to be under investigation by federal authorities.”

“We believe we have no reason to be concerned with the contribution, but out of an abundance of caution and until the investigation is complete, we believe this course of action is most appropriate,” Ms. Kessler’s letter said.

Democrats were delighted Mandel had to give back the funds.

“Josh Mandel is a politician who can’t be trusted, and the fact he has been shamed into returning $105,000 in illegal contributions only after an FBI investigation became public goes right along with hiring unqualified political cronies and missing every single board of deposit meeting his first year in office,” said Justin Barasky, a spokesman for Friends of Sherrod Brown.

Federal campaign finance law prohibits a donor from contributing in someone else’s name to get around the $5,000 limit. Election law also prohibits a corporation from reimbursing employees for their contributions.

Benjamin Suarez said his employees were not reimbursed by him or his company.

Josh Mandel is the 48th Treasurer of the State of Ohio, having been elected as the top vote-getter of all statewide executive candidates, winning 80 of Ohio’s 88 counties. 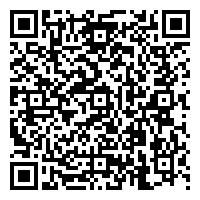