A gang of three black men attacked an 18-year-old Jewish teen in a Paris suburb on Tuesday.

The victim, Ruben Am, was punched in the face by one of the men, who he described as a “tall black man,” and who he said called him a “dirty Jew,” according to the report by the French watchdog group, the National Bureau for Vigilance Against Anti-Semitism (BNVCA).

Am suffered several cuts to his face from the beating, BNVCA President Sammy Ghozlan reported. The attack, which took place near the Robespierre metro station, began when one of the men approached Am asking for a lighter, and then asked him about his religion.

Am answered that he was a Moroccan Muslim, sensing a threat. But he was punched in the face anyway, with his attacker asserting that he could not be a Muslim since he attended the Daniel Mayer Jewish vocational school. Clearly, he had been followed. The attacker called him a “dirty Jew” and was then joined by two others, also black, Am related. Both concealed their faces with hoodies, Ghozlan reported, adding that all three fled the scene shortly thereafter.

That same day French Prime Minister Manuel Valls called on the country’s Jews to remain in France, and vowed that authorities would protect them from anti-Semitic attacks.

Nearly 7,000 French Jews quit the country in 2014, choosing instead to make a new life in the State of Israel.

During an address before several hundred at the Synagogue de Nazareth in Paris in honor of the upcoming Jewish new year, Valls said, “The fears are present. How can we deny them? No one will condemn those who leave for Israel – but they belong here.

“Without Jews, France will lose its essence.” 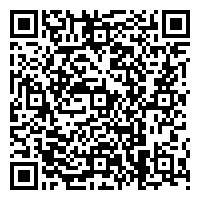