The nation’s eyes are on Israel’s annual International Bible Quiz for Youth, being held today (Yom HaAtzma’ut) at The Jerusalem Theater. Sixteen finalists, boys and girls, are facing off on the stage to win the prize. The contest is broadcast live on nearly all channels, radio and television, in addition to those on Internet, across the country.

Questions are announced by the emcee in Hebrew, but appear on the screen in English as well as in Hebrew.

Prime Minister Netanyahu traditionally presents the final round of questions to contestants who are fighting to be the winners of the competition.

At the halfway point, Jewish Agency director Natan Scharansky was asked to present an award to an outstanding student from Or Yehuda, and in his brief address spoke of the importance of strengthening Jewish identity among the youth in the Diaspora.

The contest has been an annual event since its inception. There is also an Israel Bible Quiz for Adults.

The prime minister’s son Avner won third place in 2010, and the contest has increased in popularity each year.

Will the USA be having Elections in November? – The Tamar Yonah Show [audio] 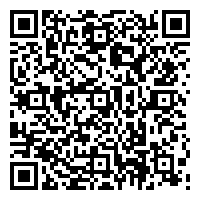