First, for the record, UPI is reporting that Jews and Mormons experience a higher degree of well-being than other U.S. faith groups, while Americans with no religious identity had the lowest well-being, according to the Gallup-Healthways Well-Being Index.

But how, you’re probably wondering, did the nice people at Gallup, who said FDR would win in 1936 while the Literary Digest insisted it had to be Alf Landon, how did they decide who’s happier? We found out, because we knew you’d ask. So, here goes…

If you scored near 20 on both questions, we have news for you: you should be a very happy man or woman. Because, as it turns out, the response to these two questions has led the Gallup folks to conclude that, based on an analysis of more than 676,000 interviews of U.S. adults, conducted from Jan. 2, 2010, to Dec. 30, 2011, highly religious Americans of all major faiths have higher overall feelings of well-being than do Americans who are moderately religious or not religious at all.

But wait, it gets a little more complicated:

The survey found that Mormons were the most religious of all the groups, with 73.4 percent categorizing themselves as very religious. Protestants, Muslims and Roman Catholics were next in order of religiousness, although less than half of the latter two of these groups were classified as very religious.

Now hear this: Jews and other non-Christian religious Americans, and Jews with no formal religious identity, were labeled the least religious of any of the faith groups. Bummer…

And Jews, other non-Christians and Mormons who say they are not religious or only moderately religious, have essentially the same well-being, lower than those who are very religious.

But here’s one question the galloping Gallupers didn’t ask, because they probably took the answer for granted: Who says everybody wants to be happy? 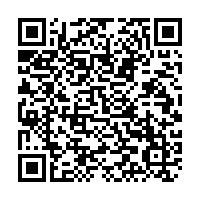