Controversial Israeli historian Ilan Pappé will be speaking Thursday at Fresno State – and many in the local Jewish community are angry about it.

Pappé is one of Israel’s “New Historians” who have been rewriting the Jewish state’s history, starting with the circumstances of its creation in 1948, especially the flight of the Palestinians. He accuses the Israeli government at the time of a policy of ethnic cleansing, known as Plan Dalet. He blames the creation of Israel for the lack of peace in the Middle East, arguing that Zionism is more dangerous than Islamic militancy, and has called for an international boycott of Israeli academics. He is a prominent supporter of the One-State Solution – envisaging one state for Palestinians and Israelis.


Tammi Rossman-Benjamin, a Hebrew lecturer at the University of California at Santa Cruz and co-founder of the Amcha Initiative, and other opponents of the visit object to the fact that it was organized by the dean of California State University, Fresno’s College of Arts and Humanities, and is being co-sponsored by the university’s Middle East Studies Program.

“It is essentially state-sponsored anti-Semitism,” Rossman-Benjamin told the Fresno Bee. In addition, she said, it sends the wrong message to the university’s Jewish students, which is why The Amcha Initiative has been trying to kill the visit.

The presidents of Fresno State, California State University at Northridge – where Pappé spoke Monday night – and California Polytechnic State University at San Luis Obispo, responded in an open letter: “Our universities do not endorse any particular position but emphatically support the rights of people to express and hear all points of view.” 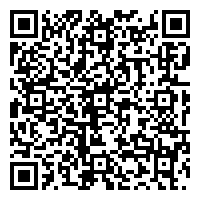