The black Citroén used by the terrorist murderers in the Charlie Hebdo magazine massacre in Paris was found, abandoned in a northern town in France, and in it were a dozen Molotov cocktails and jihadi flags, the AFP reported.

The two suspects in the Hebdo massacre still at large are believed to be in a town in the north of France. The two are brothers, Chérif, 32, and  34-year-old Said Kouachi. Cherif was imprisoned in 2008 for recruiting and sending jihadis to the Middle East to fight.


“This shows their Islamist radicalization and that they had possibly planned other acts with the petrol bombs,” a source told AFP.

The black car was left after being used by the two suspects who were identified by a witness.

The third suspect in the massacre, 18-year-old Hamyd Mourad, turned himself in to police.

The Interior Minister of France, speaking on Thursday evening, Jan. 8, said there are currently nine people in custody in connection with the Charlie Hebdo attacks.

Trial of 14 Collaborators with 3 Murderers at Charlie Hebdo, Hypercacher Market Begins in Paris 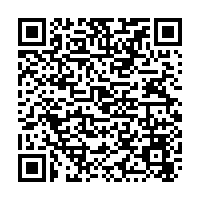