El-Hakim, a 33-year-old French Tunisian, was confirmed dead in an air strike on Raqqa, according to military officials who spoke to Associated Press on condition of anonymity.


The terrorist is believed to have been a leader in disseminating Islamic State terrorist propaganda abroad.

El-Hakim also helped plan the attack on the Paris offices of the satiric magazine, which was coordinated with an attack on the kosher grocery a few hours before the start of the Sabbath that same week. He played mentor to the two brothers who carried out the massacres together with a third terrorist who took hostages at the kosher grocery before murdering his victims.

A total of 17 people were killed that week in Paris in the attacks.

El Hakim was released early in 2011 after serving three years of a seven-year sentence in a French prison after an arrest in Syria. He then moved to Tunisia, where three years later he claimed credit for murdering two politicians. El-Hakim was considered one of the most radicalized of the young extremists from the Paris area. 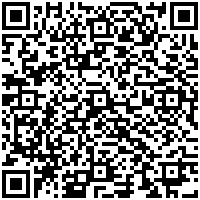