A kosher grocery store in the southern Parisian suburb of Creteil was set ablaze and completely gutted early Tuesday morning, three years to the day after the 2015 attack on a Hypercacher kosher superette in the Porte de Vincennes suburb of Paris, which followed the Charlie Hebdo shooting two days earlier. The same Islamist gunmen who murdered eight Charlie Hebdo staff members, two police officers and two bystanders, then murdered four Jewish hostages in the Hypercacher, and police ended the siege by storming the store and killing one gunman.

This Tuesday, the attacked kosher store was also vandalized with anti-Semitic graffiti, according to Creteil prosecutor Laure Beccuau, who told AFP “The damage is believed to be very severe.”


The kosher grocery was completely destroyed in the fire, with the shelves blackened and charred, according to AFP.

The store, Promo & Destock, on René Arcos Street in Creteil, is owned by a Muslim. On Wednesday last week, it and another kosher store next door were vandalized with swastikas. The second kosher store caught some of the fire Tuesday morning.

Trial of 14 Collaborators with 3 Murderers at Charlie Hebdo, Hypercacher Market Begins in Paris 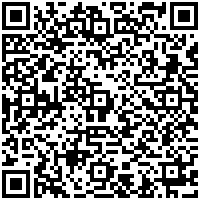