Jerusalem municipal councilman Moshe Leon has called on the city to lay down 1700 meters of new tracks, and create a Shuafat Bypass for the Jerusalem Light Rail, according to a report in Arutz-7.

Leon was the former chairman of the Jerusalem Development Authority, and unsuccessfully ran against Nir Barkat for Mayor of Jerusalem.

Leon said the Arab attacks on the Light Rail as it passes through Shuafat has directly led to a 20% drop in train usage. 90,000 residents of the Neve Yaakov and Pisgat Ze’ev neighborhoods of Jerusalem are affected by the Arab violence against the train.

According to Leon, there is already an approved plan at the Ministry of Transportation, and it only needs a budget. “Even if we’re talking about 200-300 million shekels, it’s worth it,” Leon said.

Leon said the bypass road will also help the residents of Shuafat internalize that their is a price for their attacking the Jerusalem Light Rail.

Jerusalem Mayor Nir Barkat is strongly against rerouting the train, believing that it could result in dividing the city in half. 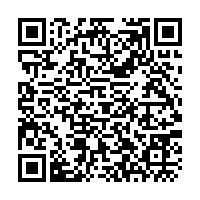