(JNi.media) His Majesty King Abdullah of Jordan told a delegation of the Jerusalem Waqf charity which runs the Temple Mount compound, clerics, and Muslim and Christian residents of eastern Jerusalem that the CCTV cameras, to be installed on the Temple Mount in six weeks, will send their feed directly to his office in Amman, and not to any Israeli agency, reporter Gal Berger tweeted Thursday. According to Berger, the king mentioned the possibility of running the feed on the internet in the future.

Speaking about the installation of surveillance cameras to monitor the Al Aqsa Mosque and the Temple Mount area, which he insisted would be used primarily to make sure that no Israeli violations are committed, according to Jordan Times, King Abdullah said that each time a Jordanian position is declared, there are skeptics.


He insisted that the surveillance camera project is a Jordanian initiative, to be carried out by the Waqf, in cooperation with “our Palestinian brothers.”

The cameras will be installed to provide monitoring of the entire area of the Temple Mount, the King said.

However, he reassured his guests, “to be clear with you, there will be no surveillance cameras inside the mosque, but the issue requires — according to experts — a period extending to six weeks. It is better to have the surveillance system operating in full to cover the entire area.”

The King said he was open to any advice from the visiting delegation regarding challenges they are facing and regarding diplomatic and legal options.

“At the same time, we are considering how to bring the two parties, the Palestinians and the Israelis, back to the negotiating table to arrive at a final solution for the Palestinian issue,” he told the delegation.

According to the JT, the delegates expressed their appreciation of His Majesty’s efforts to support the Palestinian cause and Palestinians’ rights, and to defend Jerusalem and its Islamic and Christian sites. Sheikh Abdul Azim Salhab, head of the Jerusalem Waqf Council, stressed the delegation’s confidence in the King’s commitment to safeguard the city’s religious and historic heritage.

“We are sure that Your Majesty is fully aware of the situation of Al Aqsa Mosque and Jerusalem in terms of Israeli attempts to change the status quo, obliterate the facts and falsify history,” Salhab said. He commended the King’s support and his emphasis that Al Aqsa Mosque is a red line and its division is not acceptable.

And so, weeks of uninhibited incitement to violence being drummed up by the Palestinian Authority and Hamas, resulting in nearly two months of terror that’s still going strong across Israel, have succeeded in pushing back any hope of Jewish prayer on the Temple Mount—which is guaranteed by the Geneva Convention.

Salhab, noting that everybody holds the Hashemite custodianship in high esteem, and highlighting its importance to protect Islamic and Christian sites in Jerusalem, stressed that the people of Jerusalem will reject “any attempts to undermine Jordan’s efforts in this regard,” the JT reported.

“Under no pretext do we accept that this blessed custodianship be taken out of its context,” he said, which is code for no Jews, or Christians, praying on the Temple Mount. 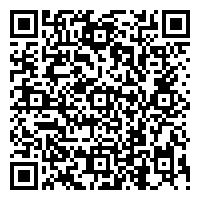