Soon-to-be-appointed Justice Minister Ayelet Shaked (Bayit Yehudi) has been assigned a full-time security detail and armed guards, by the Knesset security department, after incitement and threats by Israeli leftists were posted on social media, according to Galei Tzahal.

The left are upset by Shaked, as she plans to implement much-needed reforms in Israel’s judicial system.


A previous and leftwing Justice Minister, Yosef Paritzky (Shinui), said that the only thing good about Shaked is that she would make a nice pinup for a garage calendar. He even reportedly said “and she is very beautiful – like many of the Reich’s women. Oops, sorry, one must not compare.”

A photo of Shaked dresses as a Nazi was posted on Facebook too.

Shaked has advocated for judges to be appointed by the democratically-elected Knesset, and not by an inner circle of judges and non-elected bureaucrats.

Shaked is known as an outspoken and intelligent advocate for Zionism and democracy. 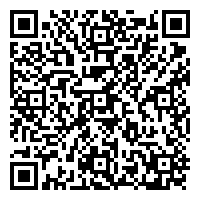