PM Netanyahu and Finance Minister Lapid announced that acting Bank of Israel Governor Karnit Flug will be appointed as the next governor.

Flug will be the Bank of Israel’s first female governor.


Flug was not Netanyahu’s first choice to replace Stanley Fischer, but his other choices were either disqualified, or backed out before they become political targets by those trying to influence the selection process.

On the other had, Flug was Fischer’s preferred choice for the position. 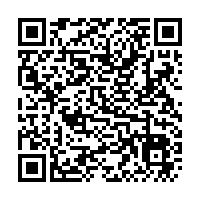