At the Senate Foreign Relations Committee hearing, Senator James Risch (R-Idaho) and Senator Bob Menendez (D-New Jersey) asked US Secretary of State John Kerry if Iran would be responsible for obtaining and providing the soil inspection samples to the inspectors (such as from Parchin), as opposed to the inspectors acquiring the samples on their own.

Kerry refused to answer, claiming the inspection agreement between Iran and the International Atomic Energy Agency (IAEA) is classified.


The chain of custody issue is yet another secret side deal that is coming to light ahead of the Congressional vote on Obama’s nuclear deal with Iran.

Kerry’s responded that the US did not promise to help defend Iran from any Israeli attack, and added that the US will be “fully coordinated with Israel.”

The article in the Iran nuclear deal does not say the US will help defend Iran, but rather the US may help Iran prepare to defend itself from attacks.

Co-operation in the form of training courses and workshops to strengthen Iran’s ability to prevent, protect and respond to nuclear security threats to nuclear facilities and systems as well as to enable effective and sustainable nuclear security and physical protection systems;

Co-operation through training and workshops to strengthen Iran’s ability to protect against, and respond to nuclear security threats, including sabotage, as well as to enable effective and sustainable nuclear security and physical protection systems. 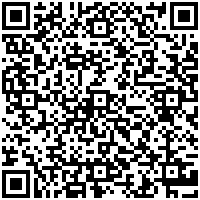