Less than a month after the eastern Ukrainian capital city’s Jewish mayor was shot in the back, the Kharkov region is set to hold a referendum on independence within the next week.

Kharkov residents were urged to go to the polls to vote on whether to join the secession of the southeastern Ukrainian cities of Donetsk and Lugansk, the Itar-Tass news site reported.


“Southeast” Coordinating Council of Movement spokesman Yuri Apukhtin made the announcement Sunday at a rally in the city’s Freedom Square. A number of demonstrators waved Russian national flags at the rally, including those from the Ukrainian Communist party and from “Borba” (Struggle).

“Our task is not to participate in Ukrainian presidential elections in any case,” the activist said from the podium. “We should meet on this square on May 25. We do not recognize these elections.”

Presidential elections are scheduled in Ukraine for May 25 although the original election date was to be held on March 29, 2015. The date was changed following the 2014 Ukrainian revolution. A second and final runoff election will be held on June 15 if the first election is inconclusive, according to media reports. The elected candidate will serve a five-year term in office.

Apukhtin said that although he had been invited to attend a second all-Ukraine national unity roundtable meeting held in Kharkov on Saturday, he “refused to participate.”

Jewish communities around Ukraine are watching the secessionist movements closely, and contingency plans are being made in each area. For the most part, however, Chabad-Lubavitch emissaries say they are not leaving. All programs are continuing as planned thus far.

Meanwhile, Kharkov Mayor Gennady Kernes, 54, has been recovering in Israel since the beginning of the month from the critical wounds that nearly ended his life. Kernes suffered gunshot wounds to several vital organs, including the lungs and liver, during an assassination attempt in the wee hours of the morning several weeks ago.

Opposing his former Russian patrons, Kernes began to support Ukrainian nationalists in February following a coup in Kiev. He was shot while jogging prior to starting his work day.

Rabbi Moshe Moskovitz, Kharkov chief rabbi and Chabad-Lubavitch emissary, visits him regularly at the hospital where he is being treated in Haifa. The mayor has reportedly continued to carry out his duties with his staff in Kharkov to the best of his ability via telephone. However, due to his medical condition, doctors say it is unclear when he will be able to return to his office, although they are sure his condition will improve. 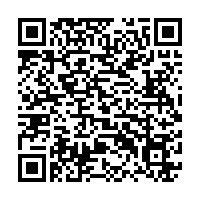