(JNi.media) A group of dozens of managers of kibbutz industry enterprises will tour and meet with the leaders of the special economic zone of the city of Aqaba, Jordan, to familiarize themselves with the region and with the Jordanian economy, and to examine the possibilities for cooperation and establishing joint production lines.

Aqaba is Jordan’s only coastal city, on the shores of the Red Sea, across the bay from Israel’s tourism Mecca, Eilat. It boasts a population of 140,000 on a 144.8 square mile area. The city’s strategic location at the northeastern tip of the Red Sea has made its port a valuable asset to this day, and it serves several countries in the region.

In the last decade the kibbutz industrial enterprises have expanded production activity abroad and have become the main growth driver for the kibbutzim. The volume of production in kibbutz-owned plants outside Israel today is estimated at about $2.3 billion annually. According to Kibbutz Industries Association CEO Udi Orenstein, expanding operations abroad is an inevitable part of globalization but, production within Israel could be increased as well with a proper investment policy and the regulation the Israeli seaports—as in eliminating those frequent longshoremen’s strikes.

That last comment represents a remarkable shift in Israeli society, coming as it does from the leader of a major kibbutz enterprise. For a leader of an originally socialist, largely agricultural settlements enterprise to voice this jaundiced view of harbor workers’ frequent job disputes, resulting in frequent wildcat and longer strikes, speaks volumes of the new Israel.

The kibbutz industry tour, to begin Wednesday, November 11, will include a visit to the modern industrial area located north of Aqaba, the local air and sea ports, and discussions with local entrepreneurs.

Orenstein said in a statement that “the global economic changes require that industry constantly explore new possibilities. Aqaba is in the midst of a tremendous development drive, and functions as a special economic zone with special tax laws and planning, and can offer us advanced logistical options for exports abroad as well as shared production.” 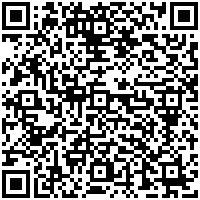