The number of those killed in the Ukrainian violence has risen to 77, the country’s Health Ministry has said, according to an RT report. But this number could be a low estimate, as doctors working on Kiev’s Independence Square are claiming that as many as 70 people have been killed on the rioters’ side alone on Thursday.

The death toll in the most violent wave of clashes between the rioters and the police in Kiev is likely to increase, predidct RT, as conflicting casualty figures are being issued the Health Department, city officials and the opposition.


As many as 570 people have been injured, according to official estimates.

The increase in casualties is the result of live ammunition exchanges between armed rioters and the police. Many of the protesters and police officers who have been killed or wounded since Tuesday suffered gunshot wounds.

Police were officially authorized to use firearms by Ukraine’s Minister of Interior, in accordance with the law.

But the Ukrainian Parliament voted against the anti-terrorism measures in the country, with 236 deputies voting. The decision calls for a cease fire and the pulling out of all security forces. The resolution also prohibits the use of firearms in certain situations and prohibits the blocking of public transport. 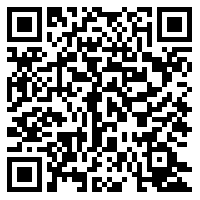