The Haredi parties in the Knesset are enraged. The Knesset Special Committee for the Equal Sharing of the Burden headed by Jewish Home MK Ayelet Shaked, approved criminal sanctions for draft dodgers in the new draft law, to take effect in 2017.

Jewish Home MK Moti Yogev opposed criminal sanctions in committee, and his appeal will be discussed next week. MK Shaked abstained from the vote.


The brunt of the Haredi anger is directed at Prime Minster Benjamin Netanyahu, Israel’s media report Friday. Haredi activists feel that he just stabbed them in the back. After all, for so many years they used to be his natural coalition partners.

The angriest response came from United Torah Judaism MK Meir Porush, who told Yeditoth Aharonot: “Netanyahu is a dishrag. Twice he was elected and received the leadership because of the support of the Haredi sector. But this week it turned out he is not an honest man. He’s an ingrate.

According to MK Porush, Netanyahu had declared that while he’s in charge there won’t be criminal sanctions against yeshiva students, and this week he broke his promise. Or as Porush put it, “He capitulated to Lapid.”

Porush insisted that as recently as two weeks ago Netanyahu had promised the would be no criminal retribution against yeshiva men who fail to register to serve in the army.

Porush says that Netanyahu offered to issue a press release with his commitment, and he, Porush, told him, “the press release doesn’t matter. It’s important that I know you won’t capitulate in the end.”

Now to the revenge part. The Haredim are pretty much determined to vote against any Likud candidate for president, simply because he’s from Likud. “If we’re third rate citizens, why should we support the Likud candidate?” Porush asked.

“The middle class is fed up with carrying the Haredi population on its back,” Finance Minister and Yesh Atid Chairman Yair Lapid said at a Tel Aviv press conference Thursday. He said the new draft law would correct 65 years of a social and historic perversion. Starting next month, thousands of young Haredi men will be receiving their draft orders.

“In three years, 70 percent of Haredi students obligated to enlist in the military will serve in the army or national service,” Lapid said.

Criminal sanctions comprise the most controversial clause in the draft law since the previous legislation, the Tal Law, expired in 2012.

The unexpected benefactor of the new Haredi mindset will probably be former Foreign Minister David Levi. The Haredim have sworn to shoot down any presidential candidate who supports the new draft bill, and, apparently, David Levi, retired from political activity these days, is yet to come out for the new draft law.

Mostly because nobody asked… 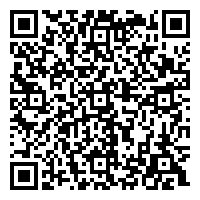