This afternoon, the 3rd session of the 19th Knesset will open at 4 PM.

It will be kicked off by Knesset Speaker Yuli Edelstein, followed with a speech by President Ruby Rivlin.


Near the end, Prime Minister Benjamin Netanyahu will talk about the successes the government had last year, and his plans for the upcoming year.

And finally, Opposition Leader Yitzchak Herzog will provide his interpretation of last and next year.

Following the opening ceremony, voting will begin, and the first vote will be a vote of no confidence, fielded by the opposition.

This winter session is not expected to be an easy one for the government. Lapid and Livni’s failures to force their agendas into law has put them in a bad mood and they plan on taking it out on their coalition partners.

While conversely, their low showing in the polls indicate they won’t be in a rush to break apart the coalition and force new elections, which would leave them with few seats, if not entirely out of the next Knesset.

One of the more important bills that may be showing up is Ayelet Shaked’s bill to restore the balance of power between the Knesset and the High Court. Over the years, the High Court grabbed a lot of extra powers by way of their judicial activism and overly creative interpretations of specific laws.

Shaked’s “High Court Bypass” bill will allow the Knesset to vote on laws that the High Court struck down, when the court claimed they violated Israel’s Basic Law: Human Dignity and Liberty. 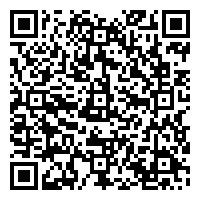