The funeral of Karen Yemima Mosquera was held Monday night, after midnight, starting at the Shamgar Funeral Home and ending on the Mount of Olives, where she was buried.

Hundreds of people attended the funeral.


Karen Yemima, an Olah Chadasha, was in Israel as part of her conversion process to Judaism. She died on Sunday, after being critically wounded in the Jerusalem Light Rail terror attack last Wednesday. In that attack, an Arab terrorist drove onto the train platform and ran over 9 people, killing Karen Yemima, and 3 month old Chaya Zissel Braun.

The state of Israel flew in Karen Yemima’s family from Ecuador following the attack.

Jerusalem Mayor Nir Barkat and the Ecuadorian ambassador to Israel were at the funeral.

The funeral of Karen Yemima was delayed by an hour, as the family of the terrorist planned their funeral at the same time, and police were concerned the terrorist’s funeral would exhibit the typical Arab violence associated with the funeral of killed terrorists, and they did not want any disruptions to Karen Yemima’s funeral or danger to the participants.

The funeral for the terrorist was held under heavy police guard with only a few dozen participants as the police demanded.

But dozens of other Arabs in the Shiloach (Silwan) did go wild while the funeral was going on, shooting fireworks at police. Police responded with riot dispersal tools.

All photos by Tazpit News Agency 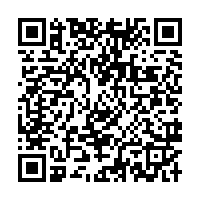