It’s amazing how an election victory can change the stripes of a tiger, namely Yair Lapid. The sensation of Israeli politics who campaigned on behalf of the middle class and denounced the government for promising their situation will be better, now says the same thing.

Barely three months in office and weeks after imposing austerity measures and higher taxes that hit the middle class hard, Lapid said not to worry. Just wait a couple of years and everyone will feel the changes for the better in the housing market, he declared.


Israeli media major a mountain of a molehill Sunday morning, headlining “social justice” protests Saturday that grew a grand total of 3,000 people, a measly turnout to mark the anniversary of the first “cottage cheese” protests two summers ago.

“People did not take to the streets because of housing or the price of cottage cheese, but because they felt that they were abused by the system,” Lapid said after Saturday night’s demonstration in Tel Aviv. “Most European countries would grab our situation with both hands,” he told Channel 10 television.

Lapid and Prime Minister Binyamin Netanyahu were the objects of derision at the protest, headed by “limousine liberal” Dafni Leef. 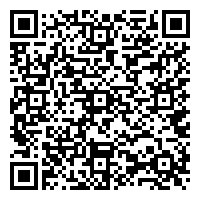