The body of 1st Sgt. Shachar Shalev was laid to rest this afternoon in the cemetery in Hipsin. Shalev succumbed yesterday to wounds he sustained on July 23 in Operation Protective Edge, when a roadside bomb detonated in Khan Yunis, killing his commander and two fellow soldiers. He was 20 years old.

Shalev was a sergeant in the Paratroopers’ Brigade, and was promoted upon his burial. He was a resident of Alonei Bashan in the Golan Heights, and is survived by his mother Naomi, his father Shimon and his five siblings.


Last week, Tazpit News Agency reported about the overwhelming public turnout to donate blood platelets for Shalev, who required a daily platelet transfusion daily. He is the latest casualty from this summer’s Gaza war, which has taken 72 lives in Israel, 66 of them IDF soldiers.

Last Friday Sgt. Netanel Maman died of wounds he sustained on August 22 from shrapnel from a rocket that exploded next to Gan Yavneh in the Ashdod region. Maman was on leave from Operation Protective Edge at the time, and was riding in a car driven by his brother when the shrapnel hit the car and critically injured him. He was laid to rest the same Friday at Gan Yavneh cemetery. 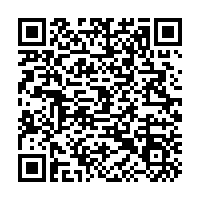