The Lebanese Army on Wednesday evening fired shots at two IDF drones that were flying near the border with Israel.

The drones “completed their mission” and returned to their bases unharmed, the IDF stated.

This incident comes just days after Israel allegedly attacked Hezbollah targets in the heart of Beirut with drones. Their target was reportedly unique equipment needed for Hezbollah’s program to upgrade its missile arsenal to accurate projectiles.

The alleged Israeli strike led Hezbollah’s Secretary-General Hasan Nasrallah to Israeli troops on Lebanon’s border, saying should “stand on a leg and a half and wait for our response which may take place at any time on the borders and beyond the borders.”

He was also responding to the Israeli Air Force’s (IAF) attack on Iranian terror targets in southern Syria that prevented a “pending, large-scale attack of multiple killer drones.”

The IAF struck Iranian Quds Force operatives and Shi’ite militia targets in Syria in the town of Aqraba, situated south-east of Damascus. Hezbollah operatives Hasan Yousif Zbib and Yasir Ahmad Dahir were killed in the strike. 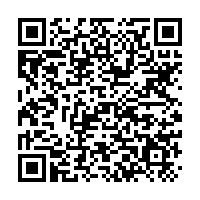