An activist with the anti-Israel group IfNotNow accused Rep. Brad Schneider (D-Ill.) of dual loyalty during a town hall last week with constituents.

The organization posted on Twitter a video of an audience member named Nathan, according to the video’s subtitles, telling the Jewish congressman, “I have family in Israel, as I’m sure that you do, so your Israel policy is of particular concern to me. When [U.S. President] Donald Trump opposed BDS, moved the embassy in Israel to Jerusalem, signed the Taylor Force Act into law, withdrew from the Iran nuclear deal, and recognized Israel’s sovereignty over the Golan Heights, you celebrated every single one of these moves.”

“My policy towards Israel is supportive of the U.S.-Israel relationship. Israel is without question our best ally in the region. Israel is one of our most important allies in the entire world,” replied Schneider. “So you go down the list, let’s start with the embassy. Jerusalem is the capital of Israel. If you would talk to Israelis, if they think the U.S. should move its capital to Jerusalem, they would say ‘yes,’ and not just the U.S. Every country should move their embassy to the capital.”

A man in the audience interrupted, “That’s not what he asked.”

“No, I represent the United States,” responded Schneider.

Nathan then asked, “Prime Minister Netanyahu prevented Rashida Tlaib and Ilhan Omar from entering the country. Do you maintain confidence in Netanyahu’s administration, yes or no?”

“I’ll give you a different answer, but I hear your question. I opposed the Israeli government’s decision to block Tlaib and Omar’s visits,” said Schneider. “I also disagree with Tlaib and Omar’s position on almost virtually, probably, exactly every single position they have with respect to the U.S.-Israel relationship. I disagree with them on principle.”

The video concludes with the caption, “Brad Schneider would rather align with Donald Trump than progressive leaders fighting for freedom and dignity for all.”

Last Thursday, 2 young Jewish constituents challenged @RepSchneider to acknowledge the Occupation as a human rights crisis, and distinguish his approach to Israel/Palestine from Donald Trump’s. He failed.

On Monday, however, Schneider joined more than 130 other members of Congress in calling for an impeachment inquiry against Trump.

The congressman sides with the president only 28.5 percent of the time, according to FiveThirtyEight. 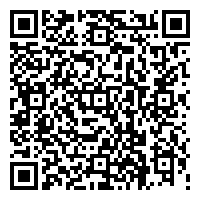