The IDF refused to confirm or deny the report, and military spokeswoman explained to The Jewish Press, “We do not comment on reports from foreign media.”

The Lebanese news agency claimed that the two tanks remained in Lebanese territory for approximately two hours before leaving.

It added, “At the same time, Israeli warplanes violated the Lebanese airspace over the central sector, while a reconnaissance aircraft flew over (the southern regions of) Bint Jbeil and Marjeyoun,” according to the same source.

Israeli helicopters reportedly flew over southern Lebanon near the border and fired flares.

The activity could be related to Israeli military drills in the area but also may be a reaction to Hezbollah leader Hassan Nasrallah’s boast on Monday when he took responsibility for a bomb explosion aimed at an IDF patrol last month. 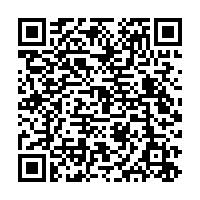