According to a report by Israel’s Galei Tzahal raqdio, the late Libyan president/dictator Muammar Gaddafi turned to Israel via secret channel, asking for Israel’s help in getting the Western forces to stop attacking and trying to overthrow his regime.

Libya has been in a civil war with itself and in battles with ISIS for the past 5 years. Over half a million Libyans have been left homeless as a result of the fighting. 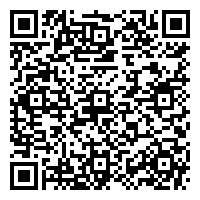