The military prosecutor on Tuesday indicted Mahmoud a-Titi, 27, from Hebron, on a manslaughter charge for running over and murdering Avraham Hasno, 54, during a riot in Hebron last October.

Abraham Asher Hasno was killed in a drive-by attack while driving near Hebron’s Kiryat Arba. His car was hit by stones thrown by Arabs, and Hasno stopped to assess the damage and to chase away the attackers. As he left his vehicle, an Arab truck ran him over and dragged his body a few hundred feet. The mortally injured Jewish man lay on the road for quite a while, did not receive any assistance, and Arabs who passed by photographed him lying on the road with their smartphones.


Hasno’s friends published on the social networks a poster with a snapshot image of the killer, in English, Hebrew and Arabic, that read: “Wanted, to be turned over to Israel Police, the reward: NIS 40,000 (a little more than $10,000). The suspect eventually turned himself in to the PA police and was being detained at the Daharia police station, outside Hebron. In early March, as soon as he was released from custody, a-Titi was picked up by Shabak and a squad of Duvdevan special forces.

It should be noted that the [vehicular] manslaughter charge was issued despite the fact that the Defense Ministry recognized the Hasno murder as a terror attack.

The Hasno family attorney, Ofir Sabag, issued a statement saying, “I, along with the Hasno family, have heard with sorrow about the decision to indict a murdering terrorist with manslaughter. This is a destructive decision that constitutes a catastrophe for the family of the murdered, to the residents of Kiryat Arba and the region and to all of Israel. The blood of settlers is as red as any other citizen’s. We will not allow cowards to cheapen our blood in order to find favor in the eyes of the world. We will consult a legal team to decide our next step.”

Smart, Not Small: Abraham Accords and the Role of Small States 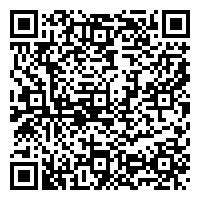