(JNi.media) Rebecca Honig-Friedman, President of the Stanton Street Shul on the Lower East Side of Manhattan, sent out an email Wednesday, telling congregates that the synagogue, one of the oldest in the area and the only one still operating between Houston and Fourteenth Streets, has been broken into.

Honig-Friedman’s email read: “Earlier today, when Rabbi [Aviad] Bodner entered the Shul, he discovered that we had been vandalized. Thank God, no one was hurt and the damage could have been much worse. Tallitot, papers and some knick-knacks were strewn about and the lectern had been overturned. More seriously, two of the lamps on the bima (Torah reading stand) corners were pulled off and broken. Nothing was stolen, and the Torahs and ark were not touched.


“The police came and did a thorough investigation, concluding that this does not appear to have been a hate crime but rather an attempted burglary. Most likely, these were low-level thieves who broke in through the fire escape door expecting to find a collection plate with cash or other valuables that could be easily sold. Not finding anything to steal, they lashed out and threw things around. The police pulled some fingerprints and will see if they can use them to find the perpetrators.

“The police confirmed there is no reason to think these thieves will return and that no one is in any imminent danger. Nevertheless, we are working with the police to enhance our security and will let you know if and when we have any updates on the situation.

“May we come together to support each other and to strengthen our community in the wake of this unfortunate incident. I look forward to seeing you all in Shul and spending a peaceful Shabbat together.”

Stanton Street Shul is one of the last surviving tenement-style synagogues on the Lower East Side. The long and narrow, three-story building, constructed of stone and brick, is situated on a standard tenement lot, preserving the spirit of the working class Jews who prayed there for more than a century. Located in today’s decidedly non-Jewish East Village, well north of the religious Jewish community of the co-ops south of the Delancey Street Bridge, the Stanton Street Shul has been catering to a unique and colorful congregation, carrying the torch of liberal Orthodoxy and growing strong in a declining Jewish neighborhood. 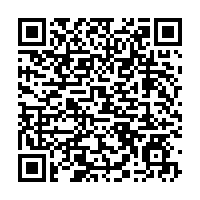