In a rebuke to the relatively young but very well (and oddly so) financed group J Street, the Conference of Presidents of Major American Jewish Organizations decisively rejected the group’s bid for membership.

J Street has only been in existence since 2008, but it shot out of the starting block with hundreds of thousands of dollars in the bank and the backing of a wide array of well-connected American (mostly) Jews (mostly) who were itching to establish a new standard for the American Jewish community’s attitude towards Israel.

J Street’s backers are the ones who bridle at the idea that American Jews should feel a strong inclination to support and respect the Jewish State’s assessments of the level of threat it can survive with. They also chafe at the notion that those whose jobs and whose lives are put most at risk as the result of Israel’s security compromises are the ones who are entrusted with making the decisions about how and where and, especially, when, those compromises will be made, if at all.

But J Street’s star rose along with President Barack Obama’s election to office. The first year of its existence, J Street was already invited into the pantheons of American political and media power.

With the kind of cachet that adheres to those close to positions of wealth and power – for it is, as always, wealth and power that gives prestige, even if the wealth and power belongs to those who claim to disdain such “conservative” markers of strength, J Street’s coffers were well-stocked and its dance card was always filled.

But on Wednesday, April 30 – the day after, by the way, the latest effort to impose a “solution” on parties whose elemental problems are far from solved – the royal court of mainstream American Jewish organizations shut the door firmly in J Street’s face.

The Conference has 50 members, only 42 of whom voted. And while the vote was supposed to be confidential, over the past few days several organizations made public statements about their positions.

Few were surprised when the Jewish Council for Public Affairs, the parent body of the Jewish Community Relations Councils, came out declaring it was going to vote in favor of including J Street.

Fewer still were surprised that the staunchly pro-Israel Zionist Organization of America came out strongly against admitting J Street to the Conference of Presidents.

But some were surprised that the Anti-Defamation League announced it planned to vote in favor of inclusion, and perhaps not everyone could have predicted that the United Synagogue of Conservative Judaism movement voted to welcome into the inner circle a group which had long fought hard against economic sanctions to deter the Islamic Republic of Iran from acquiring nuclear weapons.

The final vote was a resounding one against including the group that (usually) refers with the tagline “pro-Israel, pro-peace.”

According to the bylaws of the Conference of Presidents, J Street needed a full 2/3s membership vote in its favor. It didn’t even get a simple majority. In the end, only 17 members of the Conference voted in favor of including J Street, 22 voted against it, and three voting members abstained.

Members of the Conference told the Jerusalem Post “what J Street is doing is exploiting the situation to get visibility.”

In other words, hubris – which is what propelled J Street out of the starting gate is also what slammed the door shut in its face. 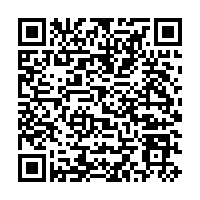