(JNi.media) A list of 1,264 accounts out of a total of 2,227, more than half of all of swindler Bernard Madoff’s victims who invested up to $1.161 million “will get it back,” as a result of a new bankruptcy filing Tuesday morning, Stephen Harbeck, president and CEO of the Securities Investors Protection Corp., told NBC News.

Madoff pleaded guilty in March 2009 to operating a ponzi scheme involving some $65 billion through his investment firm. He is serving a 150-year prison sentence. His clients included elderly Jews, Jewish philanthropic organizations, and public figures like Nobel laureate Elie Wiesel.

Court-appointed trustee Irving Picard, who has been seeking out the missing funds for Madoff’s victims for close to seven years, asked the US Bankruptcy Court in New York on Tuesday for permission to return another $1.5 billion to investors, in addition to the $7.6 billion returned to date. If the judge approves, victims who lost up to $1,161,193.87 will receive back their principal investment. Those who lost more would be paid 57 cents on the dollar, which is far more than Ponzi scheme victims ever make.

In a press release, Picard said the proposed distribution will bring the total amount already returned to investors to about $9.1 billion, out of $17.5 billion in allowable claims. The trustee has recovered or reached deals to recover about $10.9 billion since the fraud was revealed in December 2008. 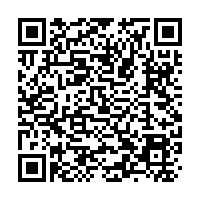