A Palestinian Authority terrorist stabbed and critically wounded a female Israeli soldier at a checkpoint in Samaria Wednesday afternoon before he was killed by other soldiers at the scene.

A second terrorist involved in the attack was caught and is being interrogated.


The soldier was conscious when evacuated to Hadassah Mt. Scopus Hospital in Jerusalem hospital, but her condition was downgraded to very critical later in the afternoon.

The stabbing occurred at the Adam Circle (Kikar Adam) on Highway 60, north of Jerusalem and south of Beit El and Ofra.

ZAKA rescue officials reported that Palestinian Authority Arabs attacked them with rocks and stones while they were evacuating the body of the terrorist. No one was injured.

UPDATE: 9:00 PM The soldier is at Hadassah hospital. She is still in serious condition, but no longer life threatening. 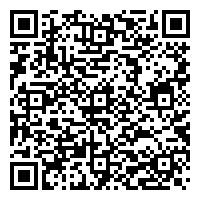