The 73-year-old white supremacist who killed three non-Jews in a shooting spree last Passover eve at the Jewish Community Center of Greater Kansas City and a nearby Jewish retirement home has said that he wanted to feel good by killing Jews before he dies.

Besides suffering from a sick mind, F. Glenn Miller also suffers from emphysema.


In several interview with the Kansas City Star, Miller said that after he killed his victims, he was surprised to learn from a newspaper report that they were not Jewish, but he still had the satisfaction of making “Jews feel less secure.”

“I was convinced there would be all Jews or mostly Jews” at the two centers, he said,

Two of those were killed were a grandfather and his 14-year-old grandson, who were at the Jewish center for an audition for a singing contest. The third victim was visiting his mother at the retirement home.

Miller, who once founded a Ku Klux Klan group, is really sorry about the death of the grandson, the “young white boy,” as he described him.

He has been charged with murder but his trial that was scheduled last week was delayed so he could be examined for his mental health.

It will be interesting to discover if the doctors find anything in his brain. 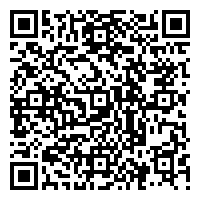