Hey, didja hear the one about the politician’s wealthy wife who put her keyboard in her mouth and had to have it yanked out real fast?


Well, a whole bunch of others apparently have.

Israel Interior Minister Silvan Shalom found himself scrambling on Monday to clean up after a horrific diplomatic gaffe by his wife, heiress to the mammoth Hebrew-language newspaper Yediot Aharanot, via Twitter.

Judy Nir-Mozes Shalom, had the social media crowd all a-Twitter on Sunday after tweeting a stupid racist joke that she posted in very poor taste.

“Do u know what Obama Coffee is? Black and weak,” she wrote.

The fallout was swift and merciless, with accusations that Shalom’s wife was “racist” and had caused “grievous damage” to Israel’s foreign relations. Which although it likely did, it probably just added to the poor foreign relations the state already has with Obama.

An apology tweeted by Shalom – who shrugged off the faux pas by calling the post “a stupid joke somebody told me” did little to clear the air. Nothing, even.

This behavior between the two governments is not new. Nasty slurs have been slung at Prime Minister Binyamin Netanyahu by staff in the Obama administration as well.

But it does no good and causes a great deal of harm when an Israeli government official – or a close family member of that individual – lowers him or herself to firing demeaning pettiness at others.

This is stupidity Israel can ill afford at any time, and certainly not right now, with U.S. presidential elections just over the horizon. Ultimately, what goes around, comes around. 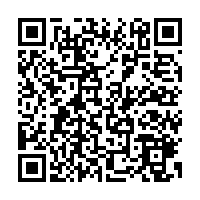