A missile fired by Gaza terrorists struck a home in Ashkelon Wednesday afternoon in the Ashkelon coastal region district.

It was a direct hit.


But the People of Israel can add this to the list of miracles with which they’ve been blessed during Operation Protective Edge, because no one was home when the missile struck the home of the Messer family.

“We had just left a few minutes before; I don’t know, we just had this feeling,” Alon Messer told a reporter for Army Radio in an interview a few minutes later. “My wife and I took our baby daughter and we had barely gone, when we heard the siren, and then the ‘boom!’ It was so close, we just knew somehow it was our house — and sure enough, when we came back and looked, there it was.”

The house had just been built, his wife added. “It was barely a year old,” she mourned. But despite the damage, no one was physically injured. Residents around the area were understandably traumatized in response to the event.

Close to 100 rockets and missiles were fired at Israeli civilians from Gaza since Hamas violated the Egyptian-brokered cease-fire that was still in force Tuesday afternoon as Israeli and Palestinian Arab negotiators continued to work towards an agreement to end the destruction.

Israeli representatives were immediately recalled from the talks, however, as soon as rocket fire was aimed at Israeli civilians, violating the agreement some eight hours before the cease-fire was due to run out. 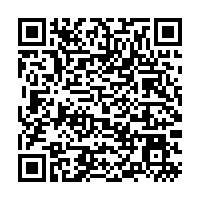