The body of missing 28-year-old Amir Shlomo Ohana, an Israeli husband and father of three from Holon, has been found in a lake in Uman, according to ZAKA. Ohana had gone to pray at the grave site of Rabbi Nachman of Uman in Ukraine, along with some 40,000 other Jewish pilgrims this year; including 30,000 from Israel.

ZAKA flew its personnel to Ukraine to help search for Ohana, who disappeared last week. He and his friend had separated in the forest, each to meditate, Rosh Hashana on Tuesday. When his friend could not find him, he reported him missing to local and Israeli police.


Volunteer searchers identified Ohana inside the lake. He was wearing Shabbat clothing, without shoes and socks. According to a report on the ZAKA website, it appeared that Ohana had been sitting on the pier, dipping his feet in the water, when he had what may have been a heart attack or epileptic seizure, and then fallen into the water.

Specially trained dogs, a drone and almost one hundred volunteers from among the Breslov Chassidic group searched the area for Ohana, as well as divers who searched the lake, 15 Israeli police officers, additional Israeli diplomatic personnel and security officers.

Ohana’s wife has been notified, Israel’s Foreign Ministry confirmed. Israeli authorities are now working to bring Ohana’s body back to Israel for burial as quickly as possible. 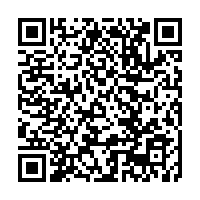