The Nuclear Iran Deal that is at the epicenter of a Congressional battle and the focus of so much attention for months is not actually any deal at all, as not one of the parties, including any representative of the Islamic Republic of Iran, has signed the Agreement.

This morning, Sept. 18, Cong. Mike Pompeo (R-KS-04) sent a letter to Secretary of State John Kerry. In that letter Pompeo informed the Secretary that while reviewing the Joint Comprehensive Plan of Action (Nuclear Iran Deal), he noted that there are no signatures on the so-called final Agreement.

Without signatures, there can be no legally binding contract.

There apparently is no “Iran Deal.”

International affairs scholar and Iran expert Michael Ledeen pointed out more than two months ago that Iran’s Ayatollah Khameini would not allow his country to sign the JCPOA. Ledeen’s point then, and today, is that the desperation exhibited by the Obama administration made clear to the Iranian leader that “there is no reason for him to approve a hated deal with the devil. It’s much better to keep talking until all the sanctions are gone, and Iran’s ‘right’ to pursue its nuclear projects is fully recognized.”

It appears that Ledeen’s prediction was dead-on. If there is no signed agreement, even the feeble conditions placed on Iran by Team Kerry’s negotiators are unenforceable.

When asked what then, is the current status of the JCPOA, assuming the administration did not just, oh, forget to distribute to Congress the signed version, Ledeen told the JewishPress.com: “It’s a verbal agreement. It means the diplomats meeting in Vienna thought it was a good agreement, but that is all. It is not enforceable.”

Ledeen said he could not think of any other major international agreement, certainly not any of the portentous nature of the Iran Deal, where lawmakers moved forward to begin implementation without having a signed agreement in place.

“Anyone who has read in the media that the ‘Iran Deal’ was signed has to now know they were lied to, it has not happened.”

Congress could, conceivably, pass a law forbidding the lifting of sanctions. That’s been tried, you say? True, but will the same members of Congress who support the deal, the same ones who never read significant portions of the deal, and who had those portions explained to them by people who themselves never read the deal are willing to once again vote against or even bar a vote on a stay on the lifting of sanctions when they know there is nothing preventing Tehran from violating any of the purportedly agreed-to conditions? Will they really?

I have reviewed the Joint Comprehensive Plan of Action (JCPOA) between the P5+1 and Islamic Republic of Iran – or at least the parts of the agreement that were provided to Congress by the administration.  As you know, pursuant to H. Res. 411, the House of Representatives considers the documents transmitted on July 19, 2015 incomplete in light of the fact that the secret side deals between the International Atomic Energy Agency (IAEA) and the Islamic Republic of Iran were not provided to Congress.  I look forward to seeing the entire agreement – including the two secret side deals that are part of the JCPOA – so that Congress may continue to evaluate the JCPOA and, depending on the outcome of the vote under the relevant provisions of the Iran Nuclear Agreement Review Act, potentially end the current and continuing prohibition of the lifting of sanctions on Iran.

During that review, I found that the copies provided to Congress of the JCPOA are not signed by any of the P5+1 members nor by Iran.  Having never seen an international agreement of this magnitude not signed by the parties or an agent of the parties, I assume this is simply an oversight or an administrative error.  That is, Congress must not have the final version of the agreement that would necessarily be signed.  I request that you provide us with copies of a final, executed copy of the JCPOA.  In the event that the JCPOA has not yet been signed by the parties, please inform us (a) when signatures will be placed on the agreement, (b) what parties will be signing, and (c) which person you anticipate will sign on behalf of each of those parties, including on behalf of the United States.

I am confident that you intended for the JCPOA to be signed by each of the P5+1 participants.  I can find no international agreement of this “historic” nature that was not signed by the parties.  Each of the past five major nuclear agreements to which the U.S. is a party – SALT I, SALT II, START I, START II and the 1994 Agreed Framework between the United States and the Democratic People’s Republic of Korea – were signed by representatives of each nation that was party to the agreement.  This is not a mere formality.  Those signatures represent the commitment of the signatory and the country on whose behalf he or she is signing.

A signature also serves to make clear precisely who the parties to the agreement are and the authority under which that nation entered into the agreement.  In short, just as with any legal instrument, signing matters.

This is particularly important with respect to JCPOA.  Iranian President Hassan Rouhani has made clear that he does not believe that JCPOA is legally binding on his nation, saying, “If the Joint Comprehensive Plan of Action is sent to (and passed by) parliament, it will create an obligation for the government.  It will mean the president, who has not signed it so far, will have to sign it.  Why should we place an unnecessary legal restriction on the Iranian people?”

Given the many benefits that will accrue to the ayatollahs, the Iranian Revolutionary Guard Corps, and other unsavory elements of the Iranian regime, I believe that Iran should, at the very least, bind itself to the few requirements placed on it under the JCPOA by signing the agreement.  I also believe that the United States and its P5+1 partners on the JCPOA should execute the agreement on behalf of their countries.  I look forward to your response. 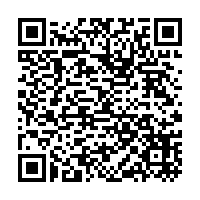