Israeli fighter pilots bombed three terror targets in Gaza early Saturday in retaliation for rocket attacks fired at southern Israel just after the start of the Sabbath on Friday.

Among the targets struck by the IAF in northern Gaza was a Hamas telecommunications site.

The group is named after Sheikh Omar Hadid, who aided Abu Musab al-Zarqawi found and operate the Iraqi branch of the international Al Qaeda terror organization ten years ago.

Nevertheless, Israel holds Gaza’s ruling Hamas terror organization responsible for any violence or terror attacks that emanate from its territory.

A rocket exploded in the city of Sderot, less than a mile from the Gaza border at approximately 8:30 pm Friday evening.

People were sent fleeing to bomb shelters by the wail of the Color Red incoming rocket alert siren at around the same time they reported hearing the rocket explode in a residential area of the city.

The family whose home was hit by the rocket was home – and inside their home – at the time of the attack, according to local sources, but reportedly were not physically hurt. A number of people at the scene suffered from severe trauma, however.

Both the home and a bus that was parked nearby were damaged in the attack.

The Iron Dome anti-missile defense system launched an interceptor missile that successfully neutralized the missile that was fired from Gaza directly at the busy city.

No one was reported injured and no damage was caused in the second attack. 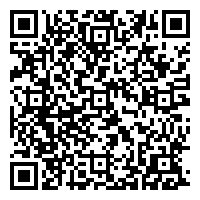