(JNi.media) The 4th “Jewish ethnographic expedition” begins Monday at the building of the Jewish Museum and the Tolerance Center in Moscow, Interfax reported.

The 2nd and 3rd ethnographic expeditions took place in the summer of 2013 and 2014, respectively, and their purpose, like this year’s expedition, was to bring Jewish traditions to Jews who are far from the culture.

The Historic Society was established by several members of the St. Petersburg Jewish community, including the philanthropist Moisei Akimovitch Ginsburg (a.k.a. Baron Vladimir Guenzburg), the celebrated Russian-Jewish historian Simon Dubnow, photographer and artist Solomon Yudovin, and Ansky. Its goal was to gather, study, and analyze historical and ethnographic materials about the Jews in Russia and Poland from the appearance of the first Jewish settlements until the present day. It lasted until 1930.

The first ethnographic expedition ended with the outbreak of World War I.

According to Interfax, Synagogues on Wheels will visit more than 70 Russian cities this summer. Participants in this expedition — young Chabad rabbis and yeshiva students from Russia, Israel and the former Soviet republics — study Jewish life in Central Russia, the Volga region, the Southern federal District, the Urals and Crimea.

“We are by right considered to be the most dynamically developing Jewish community in the Diaspora,” Russia’s Chief Rabbi Berel Lazar, a Lubavitcher, said in a statement. “Some people may think we can stop and rest now. But we understand very well that our task is to carry the light of Jewishness, the light of the Torah even to the most remote parts of the country, and we have a lot of work to do here.”

The “tank” crews carry siddurim, tefillin, talitot and Torah scrolls, from which the travelers will read to Jews in every city. Many communities have not seen a Torah scroll in many years. 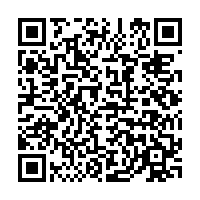