Glick still is in critical condition in Sha’arei Tzedek Hospital, but his condition is improving slightly, giving doctors reason to believe he will recover from his wounds.


Feiglin’s visit was marked with the usual shouts of hate from Arabs, but there was no violence, mainly because police have finally taken the upper hand at the holy site and in Arab neighborhoods.

They arrested at least 17 Arab rioters since Friday, bringing to 111 the number detained in the past nine days. More arrests are expected.

The opening of the Temple Mount to Jews Sunday followed five days of closure since the shooting. Police on Thursday closed the holy site to Muslims as well as to Jews and foreign tourists, the first time in memory. It was re-opened Friday – but only for Muslims.

Prime Minister Binyamin Netanyahu has called on legislators to tone down the rhetoric concerning the Temple Mount, prompting MK Feiglin to state Saturday night at a rally in behalf of Glick, “Nothing incites more than that kind of talk to stop ascending the Temple Mount.”

Feiglin visited the holy site, Planet Earth did not tremble, and the Al Aqsa mosque did not collapse. 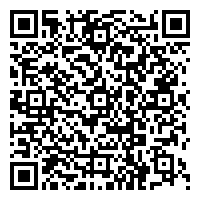