This is one of those “only in Israel” stories.


More than a year’s worth of legislation (deemed by some as overly harsh and even vindictive) labored on by former Finance Minister Yair Lapid, intended to “mainstream” the Chareidim by drastically cutting their government child support stipends — was erased from the books as if it had never existed. Prison sentences for Chareidi draft dodgers were also expunged.

And so Liberman, whose popular media image is of a cynic and a bully, walked away from the coalition-building negotiations on principles, since getting the Chareidim into the workforce, sharing in the security burden, and generally be more participatory members of Israeli society is an issue close to his heart.

Obviously, that would make him the scourge of Chareidi politicians, especially given the fact that the Russians — Liberman’s natural constituency — and Chareidim in Israel do not always get along.

Now, the “only in Israel” part.

According to the Chareidi “Kikar Hashabbat” website, MK Moshe Gafni, chairman of the United Torah Judaism party and the two-term chair of the Knesset Finance Committee, on Monday night was spotted walking into the Bnei Brak home of the Premishlan Rebbe.

They met for a very long time.

You should know that Moshe Gafni, a graduate of the Slavodka and Grodna yeshivas — both very much in the Lithuanian, Misnagdish-anti-Chassidic tradition — is about as far from being the Rebbe-visiting Chareidi Jew as can be imagined.

If Gafni went to see a rebbe, he did it not for matters of the higher worlds, but rather, most assuredly, down to earth issues, meaning politics.

Now let’s combine both parts of the story.

The lengthy meeting between the politician and this particular rebbe was, most likely, as speculation in the Chareidi street go, about MK Avigdor Liberman.

Liberman is a natural component of the Netanyahu government.

Without him, this 61-member coalition cannot function effectively. It will have to spend most of its energies on survival. With a combative opposition, led zealously by Labor chairman MK Yitzhak Herzog, it would have to defend against a relentless barrage of no-confidence votes, each one of which has the power to topple it.

Also, as Netanyahu has had to cut up the government pie among coalition participants and his own party’s senior members, he ended up adding another pie, meaning his government has ballooned in number of ministers, and that, besides adding to the cost of just running the government, also cut down on the number of coalition MKs available to work in various Knesset committees, where laws are worked out.

No effective Knesset committee representation — no legislation, hence no advancing of this right-wing government’s agenda.

All of which could be resolved if Avigdor Liberma’s 6-member Yisrael Beiteinu party were to join.

With 67 members behind him, the experienced Netanyahu could last four years and push a right wing agenda (we’re assuming that’s what he wants to do). Indeed, this was the coalition Bibi probably had in mind when he dissolved the old one, where the very-far-left-of-center Tzipi Livni and the left-of-center Yair Lapid were pulling his cart in directions he didn’t wish to go.

OK, so why did MK Moshe Gafni, who’s not known as a friend of Avigdor Liberman (until we managed to find a photograph of the two of them standing together took a while) and not an admirer of the Premishlan Rebbe, go to see the latter about the former?

Because Liberman is a close acquaintance of the rebbe.

Liberman visits him frequently, has been there when the rebbe sat shiva over his brother. The two men have a connection. If anyone could talk Liberman into joining Bibi’s coalition, it’s the Premishlan Rebbe — according to Kikar Hashabbat.

Did MK Gafni go to meet the rebbe on behalf of Netanyahu, or on behalf of the Chareidi parties? It doesn’t matter, both have plenty of reasons to wish for the current government to live out its four-year term.

And, let’s face it, Liberman doesn’t exactly have anything in common with an opposition in which his future will be tied to that of Labor, Meretz and the Joint Arab List.

Also, Liberman has been an effective foreign minister, especially in carving out new markets for Israeli products in the former Soviet republics and restoring relations with long-ignored countries. And his party’s management of the Ministry of Absorption has been stellar. Liberman’s natural place is inside the right-wing tent, it’s only a question now of who would talk him in.

A rebbe is just as good as anyone, at this point. 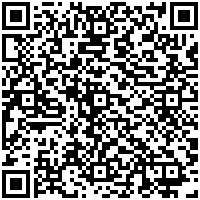