Israeli Ministers and Knesset members are coming out against the free market of ideas, and the free market as well, by proposing a bill that would potentially kill the popular and free Israeli daily print paper, Yisrael Hayom.

The paper is given out free in Israel, and has become the primary competitor to Arnon “Nuni” Moses’s Yediot Achronot, which leans more to the political left, though not as far left as Ha’aretz, which only has a minuscule market share in Israel.

Naftali Bennett (Bayit Yehudi) said today on a Galei Tzahal interview, that Yisrael Hayom is “Pravda“, and serves the interest of one person [the Prime Minister].

It is not clear to us what is stopping Bennett from convincing one of his own supporters to print a daily paper that would be pro-Bennett, or even improving his relationship with the religious-Zionist paper Arutz-7, so they’d give him better coverage in their free weekend paper.

Yisrael Hayom is owned by Sheldon Adelson, and typically takes a position that is pro whatever position PM Netanyahu recently put forward, though not always a right-wing position. It also publishes articles from those on the left side of the political spectrum. There is no denying that it is agenda driven, but name one newspaper that isn’t.

As an aside, Sheldon Adelson, may soon be purchasing the religious-Zionist paper Makor Rishon, after Makor Rishon over-extended itself financially with its purchase of Ma’ariv.

Some in the Likud say that Moses and Yediot are the driving force behind this bill.

To us, it looks like a blatant attempt to suppress the voices of political opponents and suppress freedom of speech and press in Israel.

Yediot has the same opportunity to build a different business model, take a different political line that is more palatable to most Israelis, or even accept that it won’t be number one in the market anymore.

The free Arutz-7 Shabbat print paper and the fee-based Makor Rishon have coexisted quite nicely for over a decade serving the Religious-Zionist market, each one with their own business model and message – proving that it can be done.

It appears that this is really an attempt to block the basic right for anyone to put down their soap box in the city square and freely express their opinion – if certain people are worried that that opinion is becoming too popular.

Eitan Cabel (Labor), one of the proponents of the bill, played a central role in shutting down the very popular right-wing religious Arutz-7 radio station.

Naftalki Bennett and Bayit Yehudi should really consider who its allies are in this fight and what it could mean for them next. 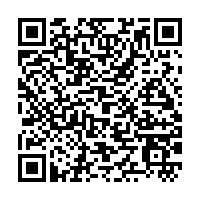