An Israeli version of the “Norwegian Law” passed in the Knesset on Wednesday night in a vote of 64-51. The bill was put forward by the Bayit Yehudi party. The Yisrael Beytenu party, currently in the opposition, had been calling for an implementation of the law for years.

The vote grants ministers and deputy ministers the option to quit their Knesset positions, and concentrate solely on their ministerial jobs.

An important modification that Bayit Yehudi introduced, is that if a minister subsequently quits the Cabinet, or gets fired, he or she would go back to being MK in the Knesset.

Originally, the law was only going to apply to the smaller parties, but an amendment allowed the Likud to also give up 3 seats.

Among the people who may getting into the Knesset if their party’s ministers take the option are Temple Mount activist Yehuda Glick (Likud) and former MK Shuli Moalem-Refaeli (Bayit Yehudi).

Education Minister Naftali Bennett wants to take advantage of the law and quit his Knesset seat, reportedly, so do does Justice Minister Ayelet Shaked. 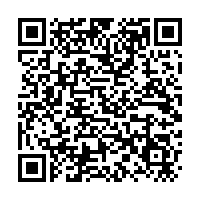