The city of Modi’in has long since stopped being considered a suburb of Tel Aviv. The rising demand for housing has managed to shorten the gap in real estate prices in both cities. Statistics published by the finance ministry last month also indicate that prices are on the rise. Within a year, housing costs in the city will climb 11 percent.

Modi’in has had its fair share of “birth pangs” before it became what it is today. As early as the 1950s, urban planners were eager to transform this strip of land replete with dry valleys into a city, in order to establish population centers away from the coast.

Those plans, however, were put on hold by various governments who instead sought to earmark the area for other needs, whether it be headquartering state and government agencies, relocating a large cemetery that would serve central Israel, or relocating the large garbage dump from the nearby city of Rehovot.

These deliberations and discussions rendered the rocky hills of Modi’in barren. Nonetheless, the goal of establishing a city in the area was never abandoned, and was rekindled in the 1960s and 70s, initially to sustain security and defense considerations. Still, those intentions failed to propel the planning process forward.

It was only in the mid-1980s when the decision to build Modi’in in earnest was finally made. What tilted the scales in favor of building was the housing shortage triggered by the massive immigration of Jews from the Soviet Union. In December 1985, the government needed to find a housing solution as waves of Jews were coming over. The most immediate one was Modi’in. In the early 1990s, the plans were approved, and in 1996 the first residents began moving in.

“The situation today is not that much different from what it was in the early 1990s,” says construction giant Ashdar’s Deputy CEO for Marketing Racheli Brizel. “The government’s strong desire to flood the country with available properties and create an impact on housing prices led it to sign an agreement in which it promised to market 12,000 new housing units in the city, available housing in the center of the country.”

Modi’in lies within Israel’s central region, located atop the hills of Judea, between Tel Aviv and Jerusalem. The city was planned to one day become a major metropolis. Its municipal administration came about by the merger of two neighboring suburbs, Reut and Maccabim. Today, Modi’in has 82,000 residents. The population is expected to hit 120,000 within the next few years. Within a 10-year period, Modi’in will be home to a quarter-million residents.

If construction and building plans are any indication, it would appear that Modi’in is making giant strides toward this goal. The latest government plan calls for the construction of 11,800 residential units in the four main neighborhoods of the city. From now until February 2015, some 3,200 apartments will be offered on the market. The rest of the apartments will become available between 2015 and 2017.

While there is reason for optimism, some are expressing many doubts as to whether this will have the desired impact on real estate prices in the city.

“More than 1,700 apartments were offered on the market over the course of the last six years in Modi’in,” says Brizel. “Every tender that was announced has been higher than the previous one. The movement in the real estate market was what prompted the company to make the decision to move into Modi’in and invest there, even with the high property values.” 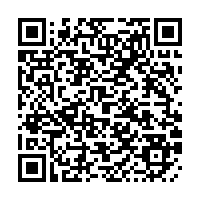