A mortar launched from Syria landed on the Israeli side of the Golan Heights on Wednesday morning.

No one was injured, and the shell landed in an empty orchard.


The IDF responded and hit a Syrian army artillery position. The IDF said it “won’t accept any attempts to damage Israel’s sovereignty or security of its citizens. The IDF views the Syrian regime as being responsible for all actions in its territory.”

The shell may have been a stray mortar from the fighting in the Syrian civil war. 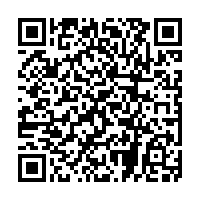