Professor Yaffa Eliach, a pioneering scholar in Holocaust studies, who launched the first Center for Holocaust Studies Documentation & Research in the USA and introduced Holocaust Studies on the American campus passed away on Tuesday at age 79.

Born in Eishyshok near Vilna, Lithuania, Eliach was four when her town was occupied by the Germans in 1941 and most of the Jewish population was murdered. She and her family hid and survived, until the Soviet Red Army liberated their area in 1944, at which point her mother and a brother were killed by Polish militia men. Eliach emigrated to Eretz Israel in 1946, and in 1954 left for the US, where she eventually received a Ph.D. in Russian intellectual history in 1973.

She was the creator of the exhibit the Tower of Life at the United States Holocaust Memorial Museum in Washington, DC, a soaring display made up of 1500 photographs depicting the people of a typical East European shtetl. The Tower of Life has been viewed by more than 20 million visitors and is considered by many to be the Museum’s most moving exhibit.

Eliach wrote the Hasidic Tales of the Holocaust (Oxford University Press). Derived from interviews and oral histories, these eighty-nine original Hasidic tales about the Holocaust provide witness, in a traditional idiom, to the victims’ inner experiences. 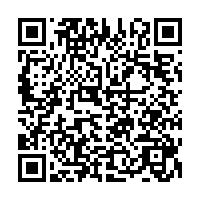