Israeli Justice Minister Ayelet Shaked (Habayit Hayehudi) on Wednesday morning issued a statement calling on President Elect Donald Trump to make good on his campaign promise to move the US embassy from Tel Aviv to Jerusalem.

“I congratulate US President Elect Donald Trump, a true friend of Israel,” Shaked said. “I’m certain Trump will know how to courageously navigate the free world to successful destinations in the war against world terrorism. This is an opportunity for the American Administration to move the United States’ embassy to Jerusalem, Israel’s eternal capital city.”

Shaked noted that “such a move would symbolize the tight connection and deep friendship between our two countries.”

Back in October, Ivanka Trump told assembled members of The Shul of Bal Harbour in Surfside, Florida, that her father would “100 percent” move the US embassy to Jerusalem should he be elected president.

A year ago, in an appearance before the Republican Jewish Coalition, Trump would not go on record as recognizing Jerusalem as Israel’s capital, but last January he said the city was “the eternal capital” of Israel and that he was “100 percent for” moving the US embassy there from Tel Aviv.

The Jerusalem Embassy Act of 1995 was passed by Congress on October 23, 1995, calling for initiating and funding the relocation of the Embassy of the United States in Israel from Tel Aviv to Jerusalem, no later than May 31, 1999. Congress even attempted to withhold 50% of the State Department budget for Acquisition and Maintenance of Buildings Abroad until the United States Embassy in Jerusalem had officially opened. The same act also called for Jerusalem to remain an undivided city and to be recognized as the capital of the State of Israel.

Since its passage, the law has never been implemented by Presidents Clinton, Bush, and Obama, who saw it as an infringement on their constitutional authority to conduct foreign policy. To add insult to injury, all three, Clinton, Bush and Obama, had pledged on their campaign trails to move the embassy to the “eternal city.” 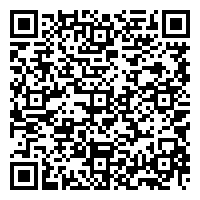