Deputy Speaker of the Knesset, MK Moshe Feiglin (Likud), spoke with JewishPress.com on Sunday evening, following his morning visit to the Temple Mount.

The topic of the discussion were the Muslim photographs and videos of Feiglin in the Old City and on the Temple Mount, and their subsequent distribution throughout Arab and Islamic forums and social media networks, as first reported on JewishPress.com.


For maximum provocation, some of those videos were entitled with variations of the theme, “Moshe Feiglin storms Al Aqsa Mosque”.

Normally, such intense Islamic focus on Moshe Feiglin might be overlooked, but following the targeted assassination attempt on Temple Activist Yehudah Glick, there is now serious cause for concern.

The specific circulation of so many of Feiglin’s photos indicates that the Islamists have their eye on him.

We asked Moshe Feiglin if the threat to him is real, as it was to Yehuda Glick, and if he is afraid as a result.

We would add that the government assigned a permanent security detail to Feiglin following the assassination attempt on Yehuda Glick at the Begin Center conference on Wednesday night. Feiglin and other MKs were in attendance at the conference that night.

Moshe told JewishPress.com that IDF soldiers recently fought in Gaza, and it was very dangerous, and that was their front. He [Moshe] is blessed to be able to fight on our most important front, the Temple Mount, which is the key to our existence in the Land of Israel.

Moshe said the threat to him is real, but it is not something new.

He is not afraid, because when you are doing something bigger than yourself, you’re not afraid.

He added that we all pray for Yehuda Glick to recover and get back to himself. 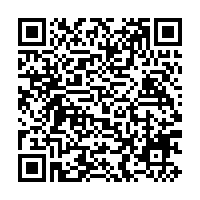