Nearly 83 percent of Jewish Israeli teenagers encounter online anti-Semitism, and more than 51 percent are targeted due to their nationality, according to a poll released Tuesday by the Anti-Defamation League (ADL)

In the same poll last year, 69 percent of Israeli teens reported being exposed to Web anti-Semitism, including 36 percent due to nationalistic reasons.


The poll of 500 Jewish teens from ages 15-18 encompassed hate symbols, websites, and messages found on social media and in videos and music.

“The more teenagers in Israel are using the Internet to connect with friends and share social updates, the more they are coming into contact with haters and bigots who want to expose them to an anti-Israel or anti-Semitic message,” ADL National Director Abraham H. Foxman said. 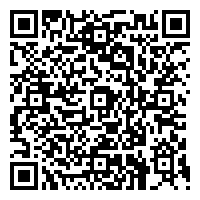