Ankie Spitzer and Ilana Romano, the widows of two of the 11 Israelis killed at the Munich Olympics in 1972, blasted the International Olympic Committee (IOC) and its president at a London commemoration on Monday.

The two said they had tried for four decades to convince the IOC to organize an official commemoration for their slain loved ones, but to no avail. They vowed to continue their efforts at future Games.

Spitzer condemned Rogge to his face for his refusal to hold the one minute silence, saying the “call was heard all over the world, but only the International Olympic Committee remains deaf and blind.”

Spitzer received a standing ovation when she accused the IOC of having the wrong priorities and values.

“Is the IOC only interested in power, money and politics that they have forgotten what they are supposed to promote: peace brotherhood and fair play?” she said.

“Shame on you International Olympic Committee because you have forsaken the 11 members of your Olympic family, you are discriminating against them only because they are Israelis and Jews,” Spitzer added, and then promised: “We will be back because until we hear the words you need to say because you owe it to them.”

Romano, in her turn, said of her husband and his teammates: “They were killed on Olympic soil and the appropriate place to remember them is at the opening ceremony.”

The hundreds of invited guests, who stood for a minute of silence.

Rogge told the audience how everybody remembered the “horrific events of 1972” even if they had not yet been born, saying the mass murder was “the worst days of the Olympic movement.”

“We are all here today because we share a duty those innocent victims and to history to make sure the lessons of 1972 are never forgotten … we are here to speak with one voice against terrorism,” he said.

President Obama sent his greeting, which was read by U.S. Ambassador to Britain, Louis Susman: “While the United States supported a moment of silence in their honor, we welcome any effort to recall the terrible loss that was suffered in Munich and the lives of those who were lost.”

British Prime Minister David Cameron said the Munich massacre was “a sickening act of terrorism that betrayed everything the Olympic movement stands for and everything that we in Britain believe in.” 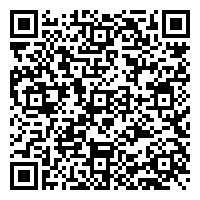